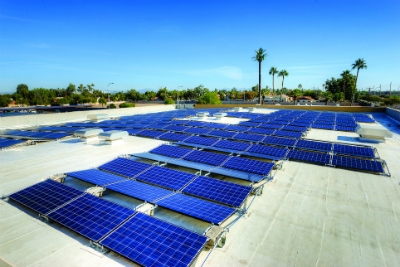 But solar doesn’t just benefit homeowners. School districts and businesses in San Diego have begun taking advantage of solar generated electricity too. According to Michael Simonson, Assistant Superintendent for the Escondido Union High School District (EUHSD), reducing energy usage has been a priority for the District since 2012. By summer 2016, solar panels will be installed throughout the sites in EUHSD.

“Rather than spending precious dollars on the rising costs of electricity, our District wanted to take steps to ensure the majority of expenditures remain student–focused. To this end, our solar initiative will provide us with greater budgeting control against increased utility costs over the next twenty years, while at the same time reducing our impact on the environment.”